.​
Angela Elizabeth Slater is a UK-based composer, Illuminate Women’s Music Director and Professor of Composition at London Performing Academy of Music, having previously taught at Cardiff University. She has an interest in musically mapping different aspects of the natural world into the fabric of her music.
Recent significant achievements include being selected for the RPS Composer programme for 2021-22, 2020-22 Tanglewood Composition Fellow, and a 2017-18 Britten-Pears Young Artist through which Angela worked with Oliver Knussen, Colin Matthews and Michael Gandolfi, developing Soaring in Stasiswhich received its premiere at 2018 Aldeburgh Festival. Her work Eye o da hurricane(for string quartet), was shortlisted in the British category ISCM world music days in 2017. Angela was the New England Philharmonic’s 2018 call for scores winner resulting in the world-premiere of her orchestral work Roil in Stillnessin April 2019. Angela also became the 2018 Young Composer of the Year for the London Firebird Orchestra, leading to a new work, Twilight Inversions, which received its world-premiere on 11th June 2019. Angela was the 2019 Mendelssohn Scholar resulting in her furthering her studies with Michael Gandolfi at NEC in 2019.
In 2019 Angela had further exciting performances including New-York based Hildegard National Sawdust ensemble performing Shades of Rainfor piano trio, followed by a world-premiere of her work Of Spheresby the Semiosis quartet as part of the IAWM conference at Berklee College of Music (Boston). Angela has also recently attended the prestigious Choreographer-Composer Lab at Phoenix Dance Theatre with the intention of furthering her artistic ambition and collaborative practices with other artforms. In 2021 she wrote a new work called Beyond YourselfforOrkest de erepri as part of Young Composer’s Meeting in Apeldoorn, two new works for Royal Scottish National Orchestra, alongside six new solo works for the Connected skiesproject funded by Arts Council England. Across summer 2021 she written new works and had performances at JAM, SCBA, INMF and Fresh Squeezed Opera.
Looking ahead to Autumn 21 and 2022 Angela is looking forward to the performance of her piano concerto Tautening skies supported by PRSF. She will also be developing a new accordion concerto working with accordionist Kamila Olas through Arts Council England’s DYCP fund, and composing new works for the RPS Composers programme. 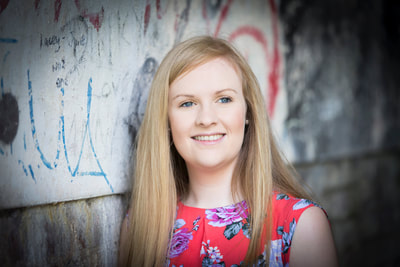 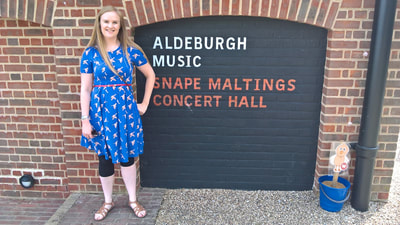 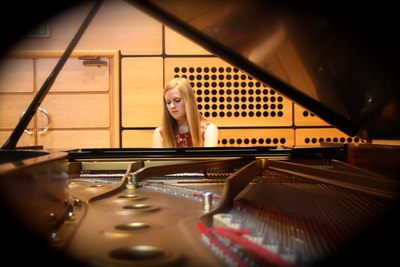